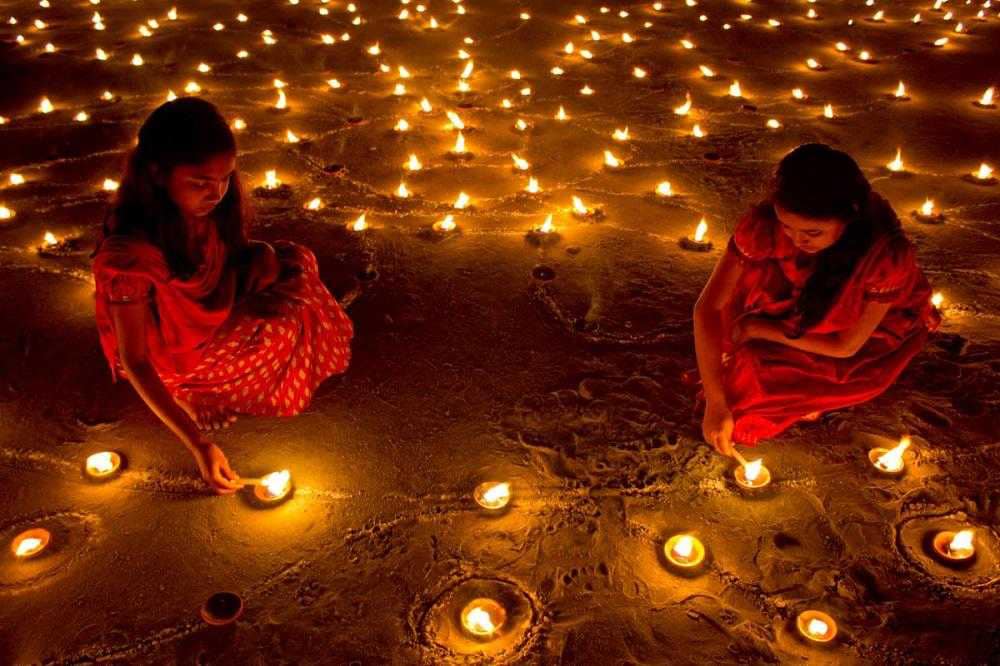 Edition Maitri, created in the late 90’s by Chandravali D Schang, began as a humble offshoot of Mangalam Verlag, a previously established German based publishing company focusing on spiritual topics. Offering an extensive line of books on Anandamayi Ma’s wisdom and life. Edition Maitri is currently expanding its publications to include many other treasures of spiritual traditions, past and present. 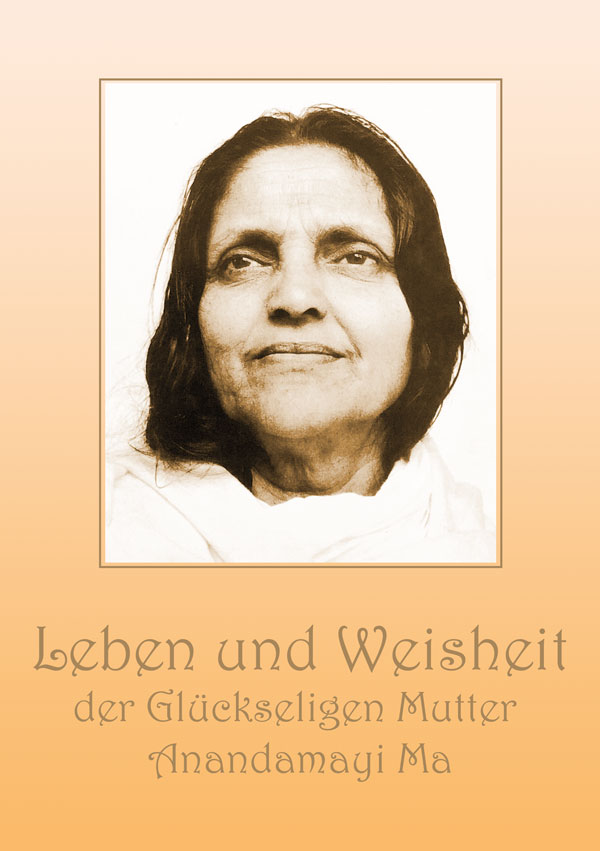 Anandamayi Ma lived in India from 1896 to 1982 as one of the few sages who had been fully conscious of their eternal Self from birth. She had not “attained” enlightenment, but was always in the natural state of divine oneness. Her very presence, love and wisdom inspired thousands of people to search for the Supreme Reality. Anandamayi Ma did not advocate a particular yoga path, nor did she claim to be a guru. Rather, in a universal way, she advised every person to sincerely follow his religion or his master and strive for living spiritual experience in order to attain highest realization.
She said, “How can one impose limits on the Unlimited by saying, ‘This is the only way’?” And, “Why must there be so many different religions and spiritual orientations? Through each of them God gives Himself to Himself so that every one can develop according to his individual nature.”

This book contains the most comprehensive biography to date in German as well as Ma‘s essential advice for a spiritually oriented life. 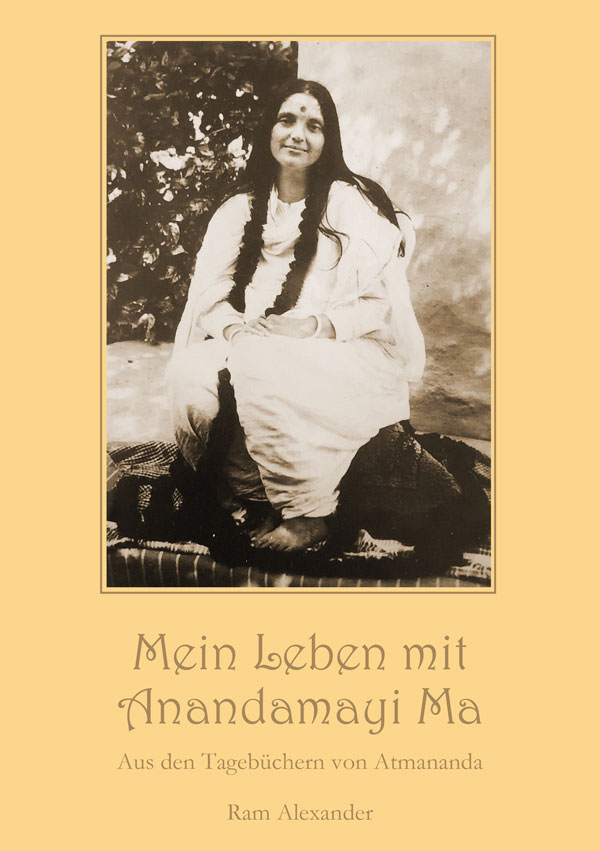 This captivating report by the Austrian Blanca (Atmananda) describes her spiritual search in India between 1925 and 1962, which brought her into contact with some of the most important sages of the time. After spending her youth in Vienna in the 1920s as an active member of the Theosophical Society, she moved to Benares in 1935, where she worked as a pianist and teacher and was closely associated with Jiddu Krishnamurti. She also gets to know Sri Ramana Maharshi and finally meets in 1945 that extraordinary woman who becomes her spiritual teacher: Shri Anandamayi Ma (1896-1982).

The diaries show in an impressive way how Anandamayi Ma led people to self-realisation. We experience Atmananda’s intensive spiritual work on herself, her conflict between independence and tradition, her leaving Krishnamurti and her inner transformation through the relationship with Anandamayi Ma.

Ram Alexander, a close friend of Atmananda and also a disciple of Anandamayi Ma, sensitively describes the master-disciple relationship on the basis of his own experience and also suggests the problems that arise when a Western person enters this relationship in the traditional Indian context. 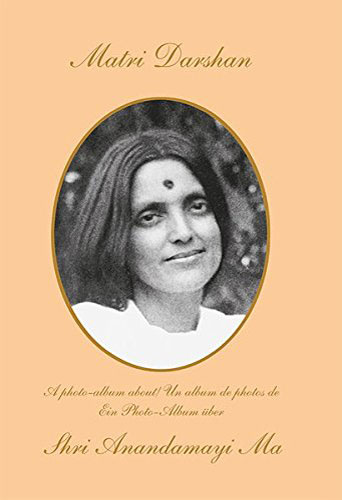 Beautifully compiled photographs are complemented by words of gentle wisdom, giving a dynamic and holistic impression of the saint. Both come together to convey the essence of a being both free and completely embodying divine consciouness.This book takes one  through more than 60 years of Ma’s life. Impressions of beauty and tenderness, childlike playfulness and caring motherhood, of bliss, transparency, devotion and wisdom speak to the eyes and hearts of the reader. 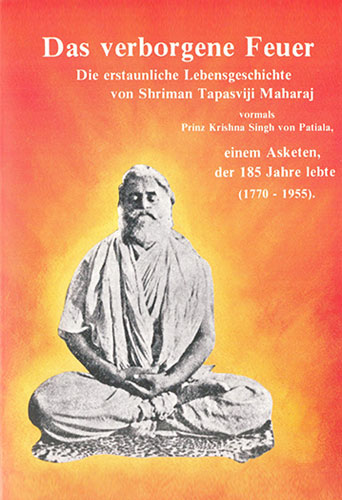 This book describes a wise man whose radiant asceticism (tapas), unparalleled today, transports us, as it were, to the time of the old Rishis (Vedic seers). In the course of his long wanderings through India, Tapasviji not only experienced extraordinary events, but also had repeated encounters with deities and spiritual beings, which we usually perceive as a separate, difficult to access or even mythological reality. The heat of asceticism arises from a targeted development of the powers of renunciation. When practiced in the highest spiritual sense, it can lead people to enlightenment, but not everyone who practices tapas is also a saint or even an enlightened person – and conversely, not every enlightened person has to be a pronounced ascetic. Tapasviji’s devotion to Krishna, his three Ayurvedic rejuvenation cures (Kaya Kalpa) and his extraordinary encounters with gods, historical personalities, unusual people and animals tell of the concrete reality of a world to which modern thought often admits only “inner soul, symbolic” reality, so as not to have to face the “visibly impossible” too head-on. They show how much our living space is surrounded and permeated by higher and lower worlds and by inhabitants and beings of the same, who can participate in our everyday life like “vertical neighbors”. Beyond the captivating adventures of the Indian ascetic, this book can be an appeal to Western readers to fundamentally revise their traditional ideas about the boundaries of historicity, legend and mythology! 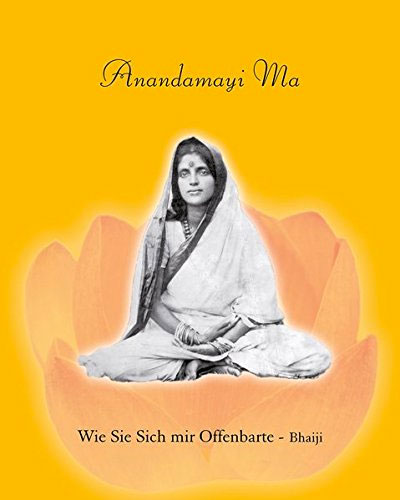 This book was the first book written about Anandamayi Ma, published in 1937. Jyotish Chandra Roy, affectionately called “Bhaiji” (brother), was one of her earliest and most devoted followers, often referred to as her “dharmaputra”, her spiritual son. He met Ma in Dhaka in 1924 and at the first sight he felt that She was the Divine Mother he had longed for for years. He realized his search was over. Bhaiji writes of his spontaneous and remarkable experiences with Ma from 1924 until 1932 and expresses eloquently the wonderful and close encounters he was blessed to have with Ma. Contained in this work are direct spiritual guidance given by Ma to him as well as stories of her early life from childhood.

Topics: Revelation of the supernatural through God’s name / Divine ecstasies / Manifestation of yogic powers/ Samadhi states / Ma and Her play / Life in community / On the way to new life / Departure into the unknown / Shri Shri Ma. 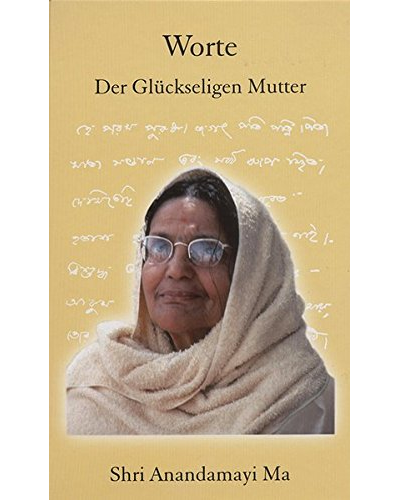 This book, first published in 1980, is the first comprehensive translation of Anandamayi Ma’s statements into German. Eighty pages are devoted to a detailed biography and over two hundred pages contain advice on the spiritual path and answers to numerous life topics in the light of Divine Truth.

Topics: About Shri Anandamayi Ma: The Path to Perfection / Guru and Initiation / Prema and Moha – About Real Love and Mere Attraction / Devotion / Prayer / Japa – The Repetition of God’s Name / About Pranam – Prostrationto the Divine / Meditation and Levels of Opening Consciousness / About Use and Abuse of Psychic Powers / Mauna – Silence / Realization / Life in the World as Service / Children and Education / Nutrition / Clothing / Sleep / Marriage and the Role of Man and Woman / About Death and the right attitude towards our deceased / parables / Various questions, answers and conversations / Renunciation – Vairagya / grace / God and His game of creation. 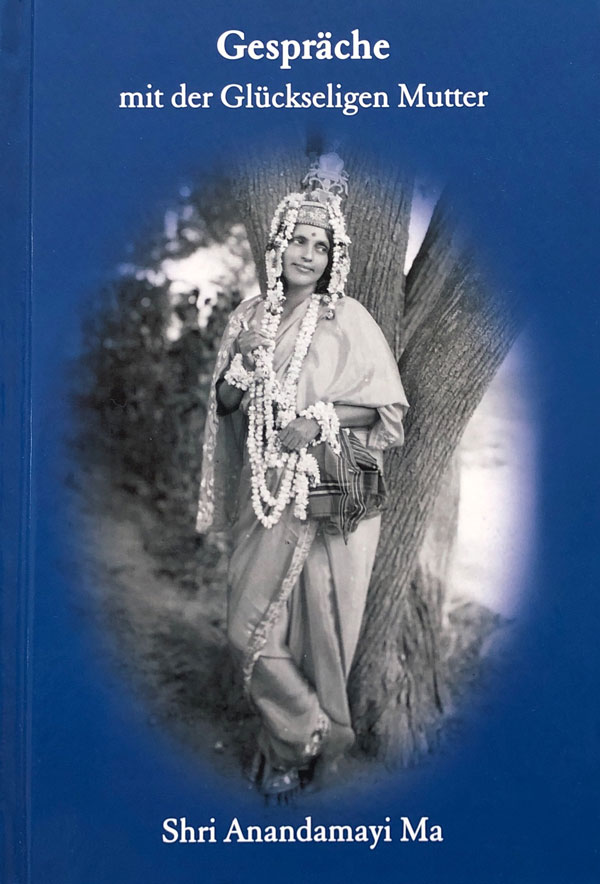 This book contains biographical events and facets of Ma’s life and impressions from people who visited Her. Of considerable value are the recommendations for spiritual practice, or sadhana, given by Ma, both to the people who visited Her as well as Her responses to letters written to Her.

Topics: Shri Anandamayi Ma / The “Unborn” Divine becoming visible / Signs of the divine manifestation / Divine childhood games / The “play” of Sadhana / The all-pervading being of Ma, without a second, eternally one with the divine / “Father, everything is completely open and unconditioned here” or about laughing and crying of an enlightened/“ The forms of illness also love this body ”/“ This body only knows one ashram that extends over the whole universe ”/“ You are the guru! ”- Ma:“ I am only a little girl ”/“ I am always with you, what is necessary for you happens spontaneously through this body ”/ Stones, plants and animals – Ma is connected to all in the Self / The Divine Mother and her children / Bhaijis 12 rules for Ma’s devotees / Devotees and visitors describe their encounter with Ma / Ma’s way of teaching (Atmananda) / Ma’s Mahasamadhi/ Sadhana – The Spiritual Life: General Instructions / The Seeker between World and God / The Limitations of Thought / Dangers on the Spiritual Path / The Goal / Japa and Prayer (The Repetition of the Divine Name) / Meditation – Methods, Obstacles and Goal. 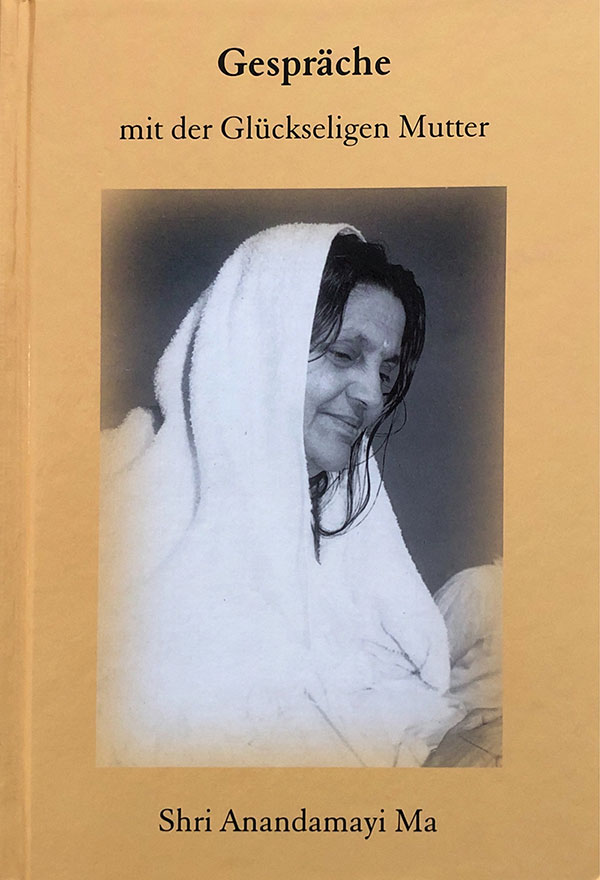 In this second printed edition of the conversations, the topics on Sadhana and the spiritual path to realization of the Divine are continued, supplemented by stories, parables and a vision of the ever present goal.

Topics: Sadhana – the spiritual life: Bhakti – loving devotion to God / Mauna – silence / Purity / Samyam – self-discipline / Advice on the behavior of the seeker / Truthfulness / Seva – service and Dharma – fulfillment of duty / Selfless action / Grace and effort / Hatha Yoga / Satsang – association with the Divine / Guru – The guidance of a spiritual master / Diksha – Initiation / Life in the ashram and renunciation / Karma – our fate due to previous actions / Shanti – Peace; Stories and parables: Where does God live, what does He eat, when does He laugh and what does He do? / Maya / The tied cat / We forget the real goal / The effectiveness of Prasadam; Different topics: God directs, sees and pervades everything / The unity of the spiritual paths / The wholeness beyond duality and non-duality.